THE GREEK CRISIS AND BREXIT: ARE WE HEADING TOWARDS A EUROPEAN POLITICAL UNION? 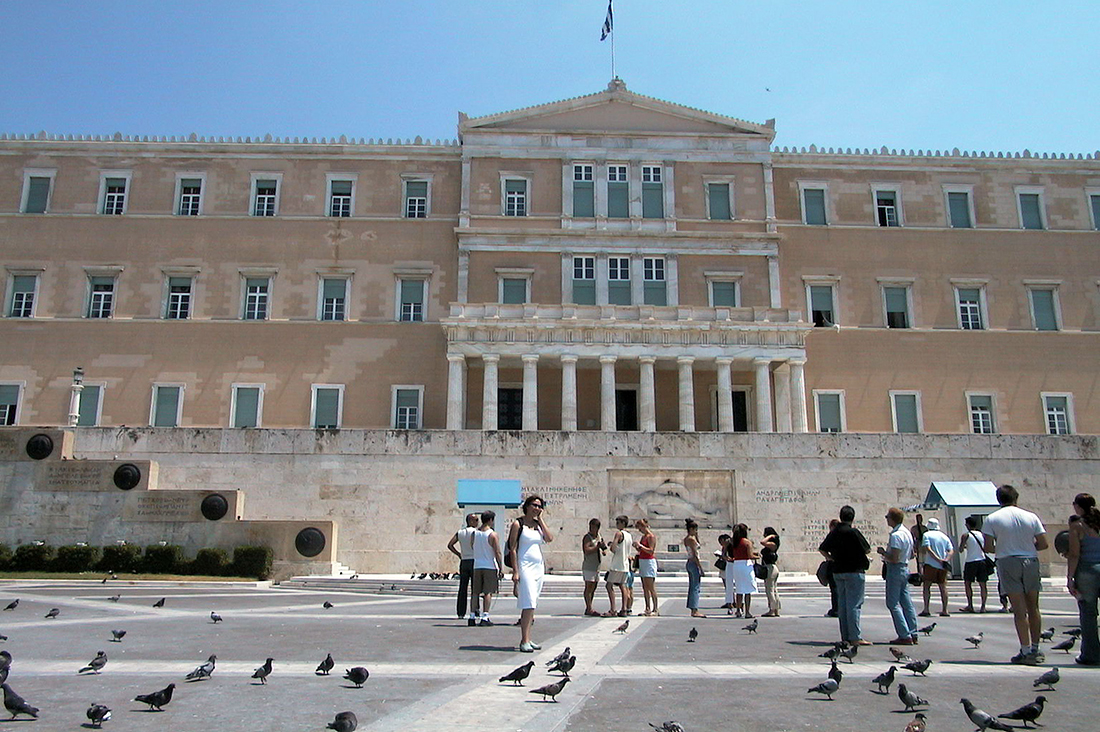 THE GREEK CRISIS AND BREXIT: ARE WE HEADING TOWARDS A EUROPEAN POLITICAL UNION?   21 September, 2015 CURRENT TOPICS 0 Comment

By this point there are very few Europeans who do not sympathise with the middle and lower classes of Greek society. The same cannot be said, however, for the Greek political class and the rich and privileged groups of the half-failed state that today is known as the Hellenic Republic. Even a leftist party such as Syriza could not escape unscathed from the problem, which prefers to hide their inability to carry out the necessary internal reforms by calling for national sovereignty, and in a bid to stave off the bloodthirsty creditors of troika.

It’s not good for the self-esteem having to pay off debts, nor is it a good idea to wave a flag over the numbers, refusing to rolling up their sleeves and clean up the mess to make companies more productive, and in doing so make the state take in more taxes and ultimately reduce inequalities. It is even worse when you rub salt into an already wounded Greek pride by unsuspectingly calling for Greece to sell its patrimony to pay its debts, including the Parthenon itself…

With doubts surrounding how the third rescue deal will work out, as well as the threat of a Greek exit (Grexit) from the Euro and its subsequent impact on the hyper-connected world capital market, is there anything left for us to see? What lessons can we draw on for the future? Will a country like Greece, which accounts for 2% of the European Union’s GDP, end up breaking Europe? And what if in 2016 the British vote in favor of a Brexit and they too end up leaving the EU? How might both these occurrences shape the future of Europe?

Grexit and Brexit are about as different as chalk is to cheese, although some people seem determined to place them alongside one another next to the obituary of Europe. However, the European Union has proved itself to have a strong resilience and has come a long way since the financial crisis of 2008, in particular within the banking sector. While the Greek crisis mainly affects the Euro area (not so much the entire EU), and shows the limits of a shaky Monetary Union while cries out for more Europe, Brexit is a cocktail that combines the indifference of Britons towards the EU, who find themselves divided between their sensitive Atlanticism and their mercantilist and pragmatic Europeanism, all seasoned with political (or partisan) calculations of convenience only understood by those across the Channel.

Germany and France (has the Franco-German axis returned?) want to further economic union in order to give the Euro some substance (the alternative would be to dismantle the stall and return to previous national currencies). Almost simultaneously, the Jacques Delors Institute has proposed political union for the Eurozone. This lucid and necessary think tank proposes the creation of a European Monetary Fund that would end bailouts paid by troikas (now “quadriga”[1]), as well as makeshift measures and the temporary patches of the European Central Bank, and, more importantly, would put an end to the creditor-debtor dynamic that poisons everything it touches. Those countries making up the future European avant-garde will be part of it because they want to, and because they will be willing to comply with and enforce the rules. More crises will surely come, but those who stick together through thick and thin in pursuit a common goal will never be considered a creditor or a debtor.

The Institute also proposes more “fresh” money to be invested into energy and information networks (the Juncker Plan is not sufficient) and concludes by requesting that the 19 members of the Eurozone (with or without Greece and, of course, without the United Kingdom) become a political union with full democratic legitimacy (A constituent process for Europe, perhaps? Or a separate Euro parliament for the Eurozone?).

There is an urgent need to overcome the siren calls for Grexit or Brexit, or rather, nourish from them to pave the way to reform from now. It will be A or B. Either economic governance between partners with a budget, federal taxes and federal reserve or, on the contrary, the inevitable unwind of the Euro skein, strengthening nationalism (Scotland, Flanders, Catalonia), letting us all to fall into the national sovereignty trap (Lepen in France or Podemos in Spain).

We must say it out loud and clearly, so citizens no longer are offered the impossible hideout of national sovereignty as a lifeguard from globalization, and avoid frustrating step as those followed by the Greeks, guinea pigs trapped in this deception, papier-mâché referendum included.

Politicians should take a stand on this and put an end to the overwhelming silence in the public debate on Europe.

The alternative to Europe is not national sovereignty –as proposed by some– but the will and the courage to write the page that offers us the greatest thing we have in our hands and that has distanced the specter of more wars, has given us prosperity and is home of rights and fundamental freedoms. Otherwise, we will throw the baby out with the bathwater by Europe in benefit of sovereignty and nationalism.